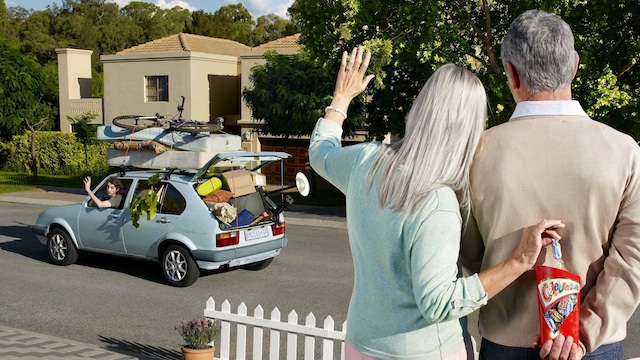 Moving out after you turn 18 is an American tradition since the 1940s.  Young adults moved out for college to live in the dorm and ultimately into their own apartments. Some got jobs after high school and started living on their own. Others moved out a bit later after completing college. Young adults lived by themselves, hold jobs, pay their own bills, make friends, date and ultimately settle down.

This tradition is failing to survive especially in the last decade. Here are the 5 reasons that prevent young adults from moving out of their parent’s home today:

1.   GED or High School Diploma  is not enough to survive

Today it is very competitive out there and not having a college degree really affects your chances of finding employment. The jobs that require only a GED/high school diploma are lower paying and it’s hard to support a family on that income. So this prevents young adults with GED from moving out of their parent’s home.

2.   Rising cost of Colleges and Universities

The cost of attending college or university has gone up significantly. Unless you are attending a community college, you will probably pay around $10,000 to $50,000 per year. The private colleges and universities tend to charge more than public. Some students choose to live with their parents while attending college to save some money on room and board. Despite of that, most college graduates have debt ranging from $40,000 to $120,000. Those who went on to pursue graduate education may have more than that.  Graduates stay with their parents for years after graduation while they pay off their debt.

Young adults fail to move out because they are marrying later in life usually late twenties and early thirties. They feel that they do not need a place for a while because they are setting down late.

Rents for apartments and houses are on the rise since more and more people are renting now after the housing bubble popped leaving many Americans to foreclosure.  This makes it hard for young adults to start their career and pay higher rents in the cities since they do not have enough money saved from before.

5.   Poor Employment Opportunities Due to Recession

Even though recession was a decade ago, its effects are still impacting the younger generation today. The job market has not been the same pushing more and more people into the education system rather than the job market. Those unable to find appropriate employment are going on to pursue higher education ultimately increasing their debts and staying home with their parents.

Phoenix Tutoring & Test Prep provides in-person one on one tutoring from elementary to college level students in Tempe, Chandler, Gilbert, Mesa and some parts of Phoenix. We also provide one on one online tutoring and test preparations all over USA and Canada. Visit www.phxtutoring.com for more information.  You can also contact us at 773-386-3184.